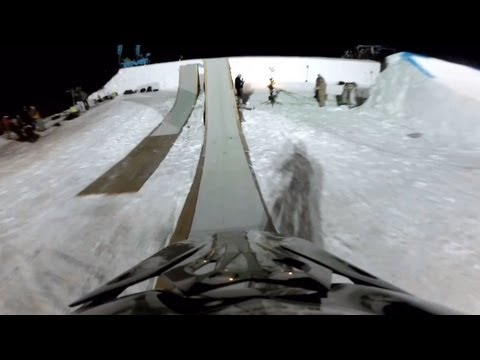 Shot 100% on the new HD HERO2® camera from ?GoPro.com. BMXer Chad Kagy wins Best Bike Trick in his first mountain bike competition ever! His performance at the 2012 Winter Teva Mountain Games also marked his first return to competition after breaking his femur during the Summer X Games 17. Kagy had to borrow a mountain bike from a friend in order to compete! Music Spokes “We Can Make It Out (Yppah Remix) Buy at ninjatune goo.gl